The cover story in this week’s Metaverse Messenger (weekly newspaper) is all about the SciLands. (See the January 29, 2008 edition.)

Physics World (the magazine) also has an article about “Doing Physics in Second Life”. Neat fact: The author of that article, João Medeiros, did his grad studies under João Magueijo, one of the guys who pioneered the varying speed of light (VSL) theory of cosmology. 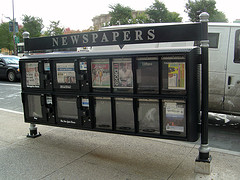