Linden Lab says that they plan to open-source the Second Life server code, just like they open-sourced the client code. More specifically, they intend to release the code that brings sims (256 m x 256 m plots of land) to life. Other code, like the code for their “Land Store” or the “Asset Server”… well, who knows?

So let’s think for a minute about the code running the sims. A lot of it is simulation code, simulating physics, like collisions between two physical objects. I’m told that they use the Havok physics engine for that. The problem is, the Havok physics engine code is proprietary, licensed code developed by the Irish company Havok.com, Inc. How on Earth is Linden Lab supposed to open-source that? Will anyone wanting to set up a Second Life sim sever have to buy a license from Havok.com, Inc.? Are there open-source alternatives that can be used instead? 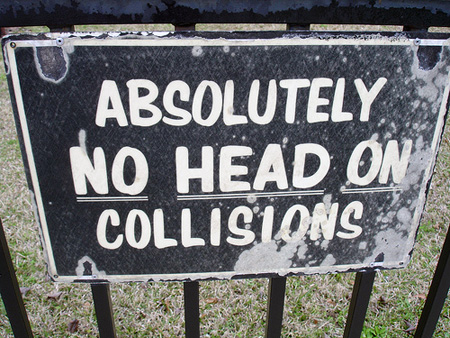 Photo credits: Absolutely no head on collisions by szlea on Flickr is licensed under a Creative Commons Attribution 2.0 License.

One thought on “Can Linden Lab Really Open-Source the Server Code?”